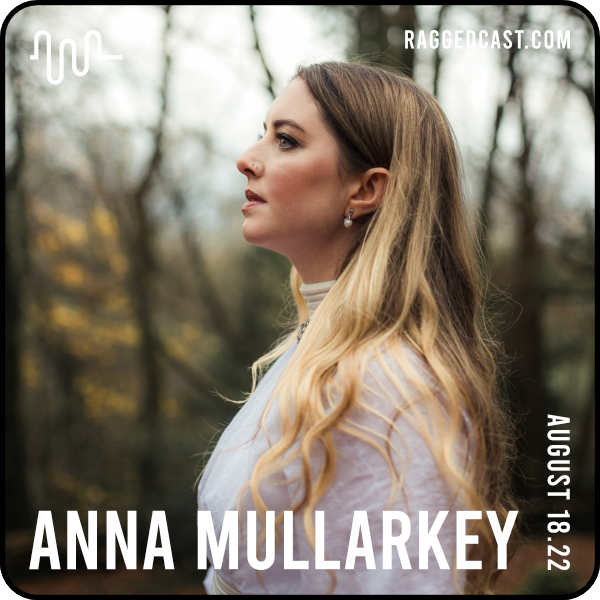 Anna Mullarkey is an award-winning composer and performer from Galway, whose music weaves electronics with piano and voice. Having grown up in the West of Ireland, Anna draws inspiration from the sea for her compositions.The Irish Times called her “phenomenal” and Irish Theatre Magazine described her music as “if a sultry ménage of Björk/Billie Holiday/Philip Glass got together at the Wickerman Festival.” Her original score for the film The Passion (2021) has won awards in Ireland and Europe.
Anna’s debut album, Falling, which will be released this year, is all about falling in and out of love. It is a shapeshifting soundscape, with sometimes comforting and sometimes haunting melodies that evoke summer afternoons and winter evenings, that speak to a haunted past and a radiant present. Blending acoustic instruments and electronica, this album
captivates the body and soul.

I grew up listening to Bjork, I love all her work. The Mèdulla album with acapellla vocals is pure genius and a great listen if your cycling in the snow!

Moonsafari is one of my favourite albums of all time and I have listened to it hundreds of times. The textures and sounds are so well thought out and produced. The bass! Such a wonderful bass sound!

Philip Glass: Freezing, from the opera Einstein on the Beach

When I was about 15 years old I fell in love with Philip Glass's music from "The hours" and when I heard this piece "Freezing" from his opera "Einstein on the beach" I loved the combination of opera with minimalist music. It has so much energy yet it is still!

I am a big fan of Máirtín's work. I grew up listening to this album, "The road West" and it really describes the west of Ireland! His music fuses traditional Irish music with many other genres such as baroque which is done so tastefully!

I love all of Lisa's work! Hard to pick one song but "Keep it all" stands out with it's steady beat and folk instrumentation performed like electronic instruments. Really fun and beautifully produced.

This song is just so beautiful. It is contemporary Sean nós with so much love for the Sea! Having lived on Inisturk, a small island off the west coast as a young child this song really speaks to me. We are all in some way married to the sea living in Ireland.

Johnny Cash: I see a darkness

We used to listen to Johnny Cash in the kitchen as my dad cooked. I love his raw and simple style.

First album I ever bought was Abba Gold! SOS is one of my favourites as it sounds so happy yet is so sad!

Fever Ray: If I had a heart

Fever Ray is so inspiring in every aspect of her art. Her production skills, songwriting and electronics have definitely been a great source of inspiration for me.