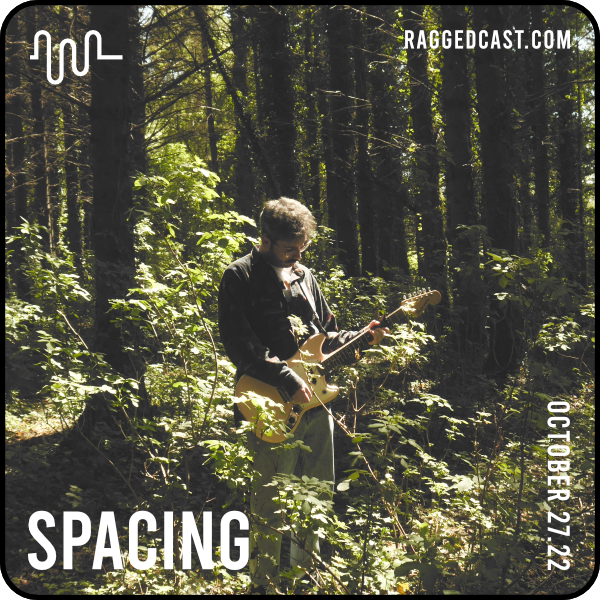 Out of Light is the new single from Wicklow dream-pop artist Spacing. Spacing is a project that came together after a year of writing and recording songs with a drum machine at home. The song was recorded with a full band in the Hive Studios, Kilcoole, where it was mixed and mastered by Eoin Whitfield of Ehco and formerly of Enemies. The drum machine remained in the recording with the goal of maintaining the lo-fi sound of its early demos. Lyrically, the song is about the desire to be left in the dark and the benefits of not knowing why things haven’t gone as planned. The accompanying video was filmed and edited by Ben Farrelly of Ragaire, it was shot in various locations in Kilcoole, near where the song was written and recorded.

Arthur Russell – Arm Around You

When I started writing songs for Spacing and using a drum machine, I was listening to Arthur Russell more than anyone else. His music spans so many genres and remains as compelling throughout. ‘Arm Around You’ still influences my writing a lot in terms of using beats and drum loops, it always reminds me that they can add another element to a song instead of just bulking up the sound.

John Martyn – You Can Discover

As well as having an incredible voice and writing beautiful songs, John Martyn was such a unique guitar player. The way he plays and the various open tunings he used have influenced me a lot. I was terrified to mess around with anything other than a standard tuning for years but getting obsessed with John Martyn’s playing changed that for me. ‘You
Can Discover’ is one of my favs, it’s an amazing combination of brilliant songwriting, melody and technical guitar playing.

Nirvana – On a Plain

Nirvana was the first band I really got obsessed with when I was younger and they’re still my favourite band. The melodies and choruses are amazing, the songs are timeless. It all sounds so natural and still as fresh as ever. I don’t really sit around and try to write songs that sound like Nirvana, but the influence is always there. I love how Kurt’s lyrics can be non-specific and open to interpretation but serve the song perfectly.

Beach House is a band I think about a lot when recording demos and writing at home. The vocals always sound great and complement their wall of sound perfectly. I love the lead guitar on the chorus of ‘Other People’, just adding another element makes such a difference and builds it even more at the right moment.

Low are one of my favourite bands. Pretty much every album is different, you never know what they’re going to do next, nearly 30 years into making music they still sound as great and unique as ever. Mimi and Alan’s harmonies are beautiful, and their creativity is very inspiring. ‘Breaker’ was a song that got me very interested in using a drum machine. The
drum track is such a huge element of the song, it almost sounds like the rest of the song was written around it.

This is one of Pavement’s dreamiest tracks, I always love Stephen Malkmus’ lyrics. The chorus for ‘Major Leagues’ is so simple but memorable, all the guitar parts are great, it sounds so atmospheric but effortless.

I constantly listen to the first few Frank Black albums, they’re full of absolute gems and are a fairly big departure from the Pixies sound. I love how high his voice is on ‘Places Named After Numbers’. It almost sounds like an 80’s ballad at times and it’s one of the few songs I’ve gone back to just to pay attention to the vocals.

Soccer Mommy’s first album ‘Clean’ has been such a big influence on me. Sophie’s songs are so melodic, the riffs are great, and the verses are almost as memorable as the choruses. ‘Cool’ is a perfect indie pop song.

Being from Kilcoole in Wicklow, Enemies were a band that myself and my friends that played music always looked up to. They opened a lot of doors for me and made me realise that music doesn’t have to rely on heaviness or even vocals, they still influence the way I approach playing the guitar. Moesha is a beautiful track and very atmospheric.

The War on Drugs – Best Night

I love how the War on Drugs blend classic Americana songwriting with a lot of reverb, synths and electronic drums and make something completely their own. I was listening to ‘Best Night’ a lot when I was writing my first single and it definitely had an influence on it.