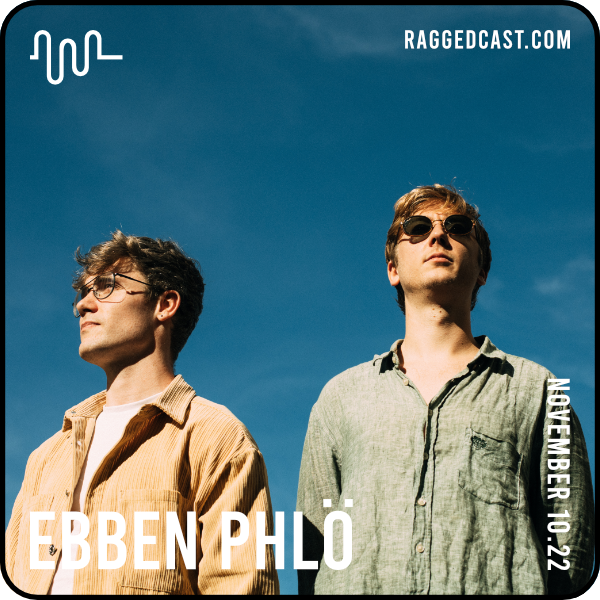 (Kevin) Jai Paul - Crush:When my brother first showed me the Jai Paul tracks back in 2013 or 2014, I was hooked. I’m a huge fan of pop music, but this had something to it. The heavy sidechaining, the grittiness to it, the skits, the textures of the synths. Everything about it. This is one of my favourites on the Bait Ones.

(James) Melody’s Echo Chamber - I Follow You: I love the feel and vibe of this song. So dreamy it really takes you away and has a slightly melancholic feel underneath it. The bass line that comes in the chorus is the real star of the show and has definitely influenced some of the ways I would try to write a bass line. The fuzzyness and how it just slides around so melodically. It really feels like it has a personality.

(James) Vulfpeck - Dean Town: This song is a MUST learn for any bass player. When Kev and I started busking on the street, Kev on the Drums and me on the Bass, this song would always go down a treat. From playing this song so much, it’s definitely influenced any bass fills I’ll play on tracks, it’s a serious workout for the fingers, and one of the most singable bass lines out there.

(Kevin) Bombay Bicycle Club - So Long, See You Tomorrow: When I was first learning to play and write music, this band was big for me. I love how their music evolved with them. Jack Steadman is a phenomenal songwriter and singer. The whole band are great. Suren de Saram's decisions on drums are so musical. He never gets in the way. If I’m ever feeling down, I put on this track, and I feel better by the end of it.

(Kevin) Rita Payés - Algo Contingo:I’ve gotten really into Rita in the past year, discovering her and other artists like Alba Armengou and Andrea Motis through listening to the Sant Andreu Jazz Band directed by Joan Chamorro on YouTube. I understand some of the lyrics, but not all, which makes it a little more magical in a way.

Everything in this track is amazing, the synths, the pads, the bass line, the drums, the crunchy broken up guitar at the end. Definitely one of my most listened to tracks. I’m sure the synths have entered my subconscious and are making their way into Ebben Phlö tracks.

There’s so many Radiohead songs I could pick, but when I heard this song from one of Radioheads Live “From the Basement” sessions I was captivated by the bass line because of how weird it was, it seemed to move around completely randomly and had such a nasty energy, I instantly wanted to learn it. Colin Greenwood, their bass player, is such a creative guy. The synths in this tune are great so, really slimy pads that just add to the intense feeling of the tune, definitely has influenced a few tracks.

When I was first getting into funk music, I asked Cork’s finest Stevie G if he had any recommendations of whom to listen to. The next week, he came down with a triple greatest hits CD thing, and this was on it. I used to drive around drumming on the steering wheel with sticks at traffic lights to all this kind of stuff. I loved the energy in the track and just wanted to play this kind of music live. Most people know ‘Express Yourself,’ by the band which was later sampled by Dr. Dre for the N.W.A. song of the same title.

(Kevin) Peter Cat Recording Co.- Portrait of a Time: I discovered this band a few years ago and fell in love. They mend such a wide range of styles so effortlessly- it doesn’t sound contrived by any means. There are elements of big swinging jazz bands and then modern synths and beats. Everyone should listen to this Dehli band.

I was obsessed with the album when I was younger, the synth intro on this track sounds so good and really just creates a vibe straight away. I definitely bought a Mellotron VST to use on some tracks from listening to this on repeat. I still like coming back to this song years later.